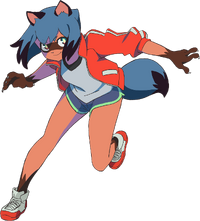 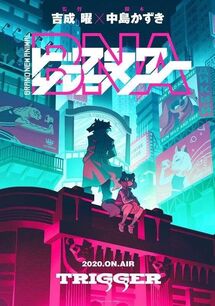 In the 21st century, beasts who had been hidden in the darkness of history began to reveal their existence.

One day, Michiru Kagemori suddenly becomes a raccoon beast. To escape from humans she goes to Beast Special Zone "Anima City". It is a city for beasts that was created ten years ago so that beasts could live like themselves .

So, Michiru met a wolf beast who hates humans, Shirou Ogami, who learned the troubles, life, and joy of being a "Beast Human" that he did not know when he was in the human world.

Why did Michiru become a beast? While chasing this never expected mystery, they got involved in even stranger event.
Read more ⟶
Characters

If you'd like to affiliate with us, leave a request on a staff member's message wall.

Retrieved from "https://brand-new-animal.fandom.com/wiki/Brand_New_Animal_Wiki?oldid=5422"
Community content is available under CC-BY-SA unless otherwise noted.