Licensed by Netflix, the series premiered on April 8, 2020, in Japan on Fuji TV's +Ultra programming block. The first six episodes of its 12-episode first season began streaming on Netflix Japan on March 21,[1] with its last six on May 6.[2]

Brand New Animal was released worldwide on June 30, 2020, on Netflix.

The entire series will be in three volumes on DVD and Blu-ray in Japan distributed by Toho. The first volume is scheduled for an August 19, 2020 release, while the other two gets a September 16 and October 14 release respectively.[3]

On July 5, 2019, Studio Trigger unveiled BNA: Brand New Animal at Anima Expo, along with its director Yoh Yoshinari and scriptwriter Kazuki Nakashima. Yoshinari drew character line art for the anime during the panel, and the official poster designed by Genice Chan was revealed. In the official poster, Yoh Yoshinari drew the line drawings of the characters while Genice worked on the background art and coloring.[4]

Sushio completed animation direction work in February.[5] Episode 11 was finished around late February according to a director on Twitter.[6]

To celebrate the series' "completion", director Yoh Yoshinari, producer Naoko Tsutsumi, and storyboarder Masahiko Ohtsuka participated in a Livestream discussion on Trigger's Twitch account on May 6, 2020.[7]

The story takes place in the 21st century where anthropomorphic animals called Beastmen, who had been living in the shadows of history, finally come to light. One day, Michiru Kagemori, a normal high-school student, suddenly transforms into a tanuki Beastman. To escape from Beast Hunters, she makes her journey to Anima City, where Beastmen can live in peace as themselves. There, Michiru meets a wolf Beastman named Shirou Ogami who investigates the truth behind her transformation. How did Michiru become a beast? The two dive into this unexpected mystery, and even deeper secrets rooted in the origins of the city.

Originally Yoshinari didn’t have much time to come up with a concept. When asking for some ideas, someone mentioned: "Why not do something like Osamu Tezuka's Marvelous Melmo?" Yoshinari thought "If I'm going to do something from Osamu Tezuka, I’d rather do something more akin to The Vampires, something that has more of an edge." That's where the original concept came from.

First, Yoshinari started off by writing what it was he wanted to do with this series and sent that to Mr. Nakashima. In that initial draft, he had included beastmen, or rather the idea of transformation. However, at the time, there wasn’t any sort of concrete story, so he asked Mr. Nakashima to write one. On the other hand, Mr. Nakashima seemed to have had a desire to describe a city, or rather the society that governs it. Mr. Nakashima mentioned the name of the non-fiction book Lupo Kawasaki, written by Ryo Isabe whose setting was inspired by the southern part of Kawasaki City. Then, based on the idea proposed by Mr. Nakashima, Yoshinari made it line up with what he wanted to do.[8]

Nakashima cites Osamu Tezuka's manga Vampire (also translated as Vampires and The Vampires) as a visual inspiration, noting a desire to create fun human-to-beast transformation sequences that animation can capture so wonderfully and interestingly. Both Vampire and BNA emphasize troubled relations between animal-humans and humans. Nakashima says they had to scrap sea turtles and expresses disappointment at this decision. Having worked with both Imaishi and Yoshinari, Nakashima describes Imaishi as being skilled with caricature, whereas Yoshinari is more realistic.

The animal-human world exists in darkness, and the protagonist is someone who connects the worlds of beastmen and humans. Michiru comes into this new world and clashes with the society.

Nakashima admits that he and Yoshinari are "old men who are prone to easily emphasize with Shirou." But Shirou can’t be the protagonist instead of Michiru, and Yoshinari is constantly thinking about how to strengthen Michiru's character. Nakashima is a writing person, while Yoshinari is a drawing person, so they of course have different mindsets. But they managed to find a common language while working on BNA.

Nakashima admits that Michiru and Shirou's relationship is unsurprising and basic: a stubborn man finds himself face-to-face with a woman who opposes his stubbornness. How much of his stubbornness will be destroyed? However, portraying the basics well is important, he says.

Nakashima stresses the importance of depicting teen girls realistically. Two women screenwriters are on board: Kimiko Ueno and Nanami Higuchi. Both wrote for Little Witch Academia. Ueno also wrote for Space Patrol Luluco, and Higuchi was behind the production reports in Trigger Magazine (and, interestingly, wrote the script for the anime adaptation of BEASTARS). In regard to Michiru and Nazuna's relationship, producer Naoko Tsutsumi (also an animation producer for Kiznaiver and Little Witch Academia) provides input as well. Nakashima says that they greatly value and take to heart the opinions of the women creators.

Nakashima references overseas dramas. Like those, the relationships in BNA also become more complicated very quickly, and you’ll be asking, "What happens next?" To keep BNA from getting too big, Nakashima has limited the story to Anima City; writing about the human world as well would spread things out too far. However, what happens in Anima City does affect the whole world of Brand New Animal.[9]

One of the show's major theme is horrors and desolation from discrimination and racism. During Michiru's arrival at Anima City, humanity and beastmen, two dominant races on earth, are on the brink of waging war against each other with both sides oblivious to a greater force that exploiting the conflict for their own gain. Even so, the hope for rivaling races to reconcile does exist, and so does irony of them not too different with one another in many was as Michiru later discovered. Additionally, Michiru encountered characters who represent aforementioned dangers;

Both the normal and deluxe editions of the OST album was released on June 24, 2020, in Japan.[10] The Deluxe Edition comes with goodies like a poncho and a pouch. 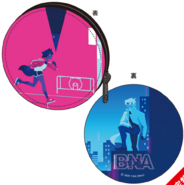 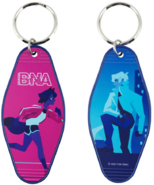 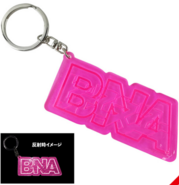 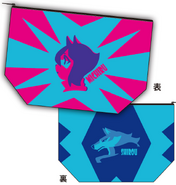